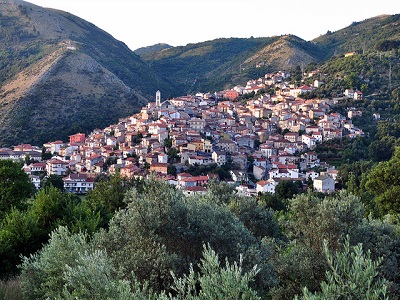 The Mount Carmel Society (Societa Maria S.S. di Monte Carmelo) was founded on March 31, 1926. It was created by a group of Italian immigrants, many of whom originated from the town of Sassano, province of Salerno, and hence they named it Mount Carmel Society in honor of Our Lady of Mount Carmel, the patron Saint of their hometown.

The purpose of the Society was to provide opportunities for “paesani” to socialize and to recreate in America a little of the culture, traditions, and way of life they had left behind in their “paese.” With the influx of large numbers of Italian immigrants who settled in the Hartford area from the 1920s through 1960s, the Society grew and prospered. It sponsored many social events from its rented Florence Street, East Hartford, location, the largest of which was the yearly Mount Carmel Society Feast, celebrated in July, to commemorate the July 16 Feast Day of Our Lady of Mount Carmel. This feast was a three-day event which included a procession, amusement rides, entertainment, food vendors, and fireworks. The event was very popular and successful and drew several thousand people from the greater Hartford area.

The Society wanted to have a permanent home for its Madonna, its meetings, and its social events. It purchased a 2.5 acre parcel of land at 30 Olde Roberts Street, East Hartford, and in 1967 constructed the Mount Carmel Hall consisting of a chapel and banquet hall. 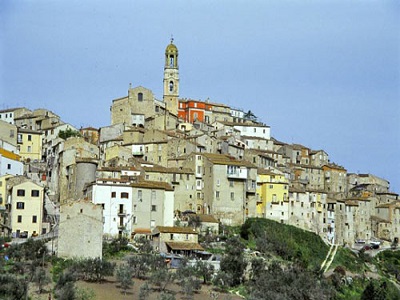 The Saint Cristina Society (Societa Sepinese Santa Cristina) was founded in 1960. It was created by a group of Italian immigrants, many of whom originated from the town of Sepino, province of Campobasso, and hence they named it Saint Cristina Society in honor of Saint Cristina, the patron saint of their hometown. The purpose of the Society was very similar to that of Mount Carmel Society. The Society held its monthly meetings at a small rented hall on the corner of Franklin Avenue and Elliott Street in Hartford. The major events of the Society were the January Feast and the July Feast, both in honor of Saint Cristina. Since the meeting hall was too small for these events, the Society hosted them at various banquet facilities in the greater Hartford area.

The Society was very successful, and its membership grew steadily. Its goal was to purchase a building/hall to accommodate its growing membership and to provide a permanent home for its Saint. To achieve this goal, the Society created the Building Fund and dedicated most of its income from events to this fund.

Since both Mount Carmel Society and Saint Cristina Society had a common philosophy and common goals, some forward-thinking officers and members of both Societies started discussing the possibility of a merger in the late 1970s. The membership of both Societies agreed that it would be beneficial to all concerned if one larger and stronger Society were formed and voted in favor of a merger in October 1979. The Mount Carmel - Saint Cristina Society was officially chartered by the State of Connecticut and came into being on January 1, 1980.

The Mount Carmel Hall at 30 Olde Roberts Street, East Hartford, was renamed the Mount Carmel - Saint Cristina Hall and became the permanent home of the new Society and its patron saints.

The new Society revised its Bylaws in 1980 to reflect the wishes and best interest of all members and set the groundwork for financial stability and future growth.

With its larger membership and stronger finances, the Society soon embarqued on a major renovation and expansion of the hall in 1987. The renovations included a larger kitchen area, and the expansion consisted of a new foyer and restrooms, the “Club Room” with small kitchen, and a chapel for the statues of Our Lady of Mount Carmel - Saint Cristina. All engineering design and interior work was done by volunteer members whose contributions are recognized on a plaque located in the Club Room.

Mount Carmel - Saint Cristina has grown from about 100 members in 1980 to over 200 members today. It has revised its Bylaws several times to reflect changes in member needs and interests, but it has always remained true to its mission of a fraternal organization rooted in Italian traditions and Christian values. The Society has continuously expanded opportunities for socialization, recreation, and entertainment for its members, including:

The Society has also greatly expanded its charitable and civic works. It has made donations to the Earthquake Relief in Italy, the Soup Kitchen in East Hartford, Toys-for-Tots, and various clubs and religious organizations. The Society also awards several sizeable scholarships on a yearly basis to the children or grandchildren of members.

One of the main reasons for Mount Carmel - Saint Cristina’s vibrancy and continued growth is the Society’s ability to change in response to members’ desires and future outlook. Anticipating that members wanted less responsibility for real estate management and upkeep and more benefits and philanthropic activity, the Society sold the Mount Carmel - Saint Cristina Hall in December 2006. This has given the Society a strong financial future and allowed it to greatly expand member benefits and philanthropic giving.

The Mount Carmel - Saint Cristina Society is proud to have served the social and religious needs of Italian-Americans in the greater Hartford area for the past 30+ years, and it looks forward to continued contributions to the social life and well being of its current and future members for generations to come.